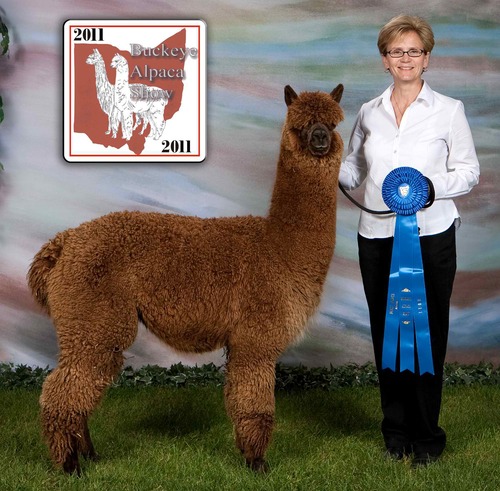 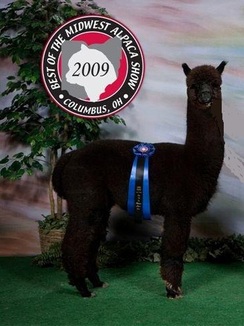 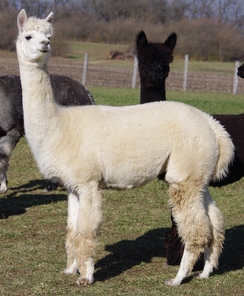 Expectations are always high when two Futurity Champions are bred but "Wow", we didn't imagine this. Jack in Black combines extremely dense, super fine fleece with that "In the Box" conformation and a True Black color to provide one of the best packages seen as of late. This junior herdsire will be getting a lot of attention in the 2013 show ring and even more when he reaches breeding age. Let's discuss reserving a breeding now as a very restricted future is anticipated.

Arosa Jack in Black is proudly co-owned with Carolyn and Don Marquette of The Alpacarosa.
Sold
Ask a question
Details
Athena was a part of our 2011 show string. She is a very nice female with advanced fleece and solid conformation. Athena is certainly one of our densest animals.

Athena's '13 cria is a MSG male out of Challenger's Boomer-very dense. 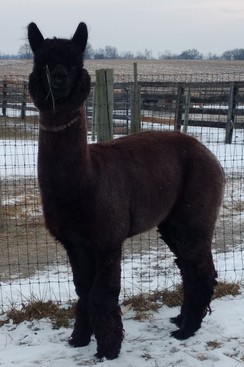 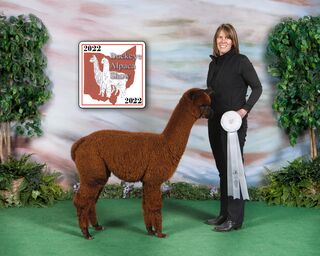 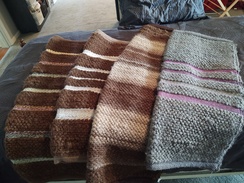 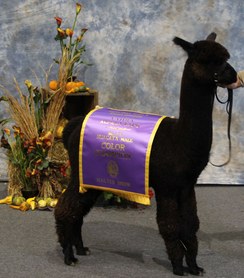